Rely on us for professional consultancy at the highest standards with European projects, community development projects, startups, expanding to new markets and any project you might want to fulfill. Our expertise covers the entire program, from initial proposal and funding to legal support, project management and reporting. You dream it, we make it happen!

style=”text-align: justify;”>Our aim is to lead positive social change by empowering companies, governments and communities reach their full potential with best in class integrated business solutions. With over 7 years of experience at national and international level, HRS achieved and maintained one of the leading positions among Romanian specialized companies that manage and implement successful Human Resources projects co-financed by European Social Funds (HRDP).

HRS portfolio includes, at this time, 3 Human Resources dedicated European Projects implemented as Applicant and 5 as Partner. All these projects generated a positive social impact with consistent results.

Development of human capital and increased competitiveness, by linking education and lifelong learning with the labor market and ensuring increased opportunities for future participation on a modern, flexible and inclusive labor market are the main objectives of our initiatives.

Part of the projects we finalized as a consultant:

Closer to people through forms of social economy

The “Closer to people, through forms of social economy” project was co-financed by the European Social Fund through the Sectoral Operational Programme Human Resources Development 2007-2013, Invest in people, Priority Axis 6 Promoting social inclusion, Major Field of Intervention 6.1 The development of social economy, implemented between 1 June 2010 and 13 May 2013. 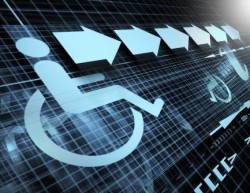 ect aimed to improve and develop the organizational and operational framework, as well as the framework for the active promotion of efficient structures, specific to social economy, for people with disabilities, in order to facilitate their occupation and employment, as main vectors in the increase of the degree of social inclusion.

The project was implemented in partnership with the RENINCO Association in the Bucharest-Ilfov and South-Oltenia regions, in the counties of Dambovita, Ialomita, Ilfov, Calarasi, Prahova, Giurgiu, Arges, Teleorman;

A specific goal of the project was to provide support services to at least 100 people with disabilities in order for them to begin entrepreneurship activities, by focusing on the development of their skills and abilities and on the identification of concrete possibilities of starting their own business and/or finding employment.

Thus, 120 people with disabilities have been psychologically and vocationally assessed and have received counselling for starting their own business/assisted employment, each having his/her individual case file.

We consider the public-private partnerships an effective way to improve society, therefore we constantly promote the economic model of social economy and by our expertise we are able to assist any company that would like to benefit of EU funds. Depending on the type of project, we can offer our consultancy support or become your full partner. Contact us and we will offer you the best solutions!

Training and Specialization for Women in the South Muntenia Region! HRS, together with their partners Association for Feminine Entrepreneurial Development (ADAF), The National Counsel for Combating Discrimination...
6 Nov 2014 Read more
Objectives The main objective of the project is to improve and develop the organization, functioning and promotion of efficient and specific structures of social economy for people with...
6 Aug 2014 Read more
This website uses cookies to improve your experience. We'll assume you're ok with this, but you can opt-out if you wish. Cookie settingsACCEPT
Privacy & Cookies Policy